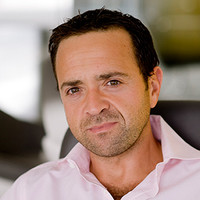 I am the co-founder and CEO of Neurala Inc., a Boston-based company building Artificial Intelligence emulating brain function in software. Powered by the proprietary Lifelong-DNN tech, Neurala is the maker of Neurala VIA, the leading AI-powered visual quality inspection software solution helping manufacturers enhance their vision inspection process.

Neurala’s AI software – deployed in 60M+ devices – is the only one in the market that gets smarter after every use, instantly and continuously learning new information in any computing substrate, from servers to small devices.

I came to US via a Fulbright scholar, and hold two Ph.Ds: Cognitive and Neural Systems, Boston University; Experimental Psychology, University of Trieste, Italy.

After founding the Boston University Neuromorphics Lab, I worked with DARPA and NASA to develop a new kind Artificial Neural Networks able to learn in real-time, even in computationally constrained hardware (e.g., small compute Edges). I then transitioned this research to industry, where I co-founded the Boston-based AI startup Neurala Inc. This technology is being transitioned to real-world applications by award-winning company Neurala, one of the most successful AI company in the industry.