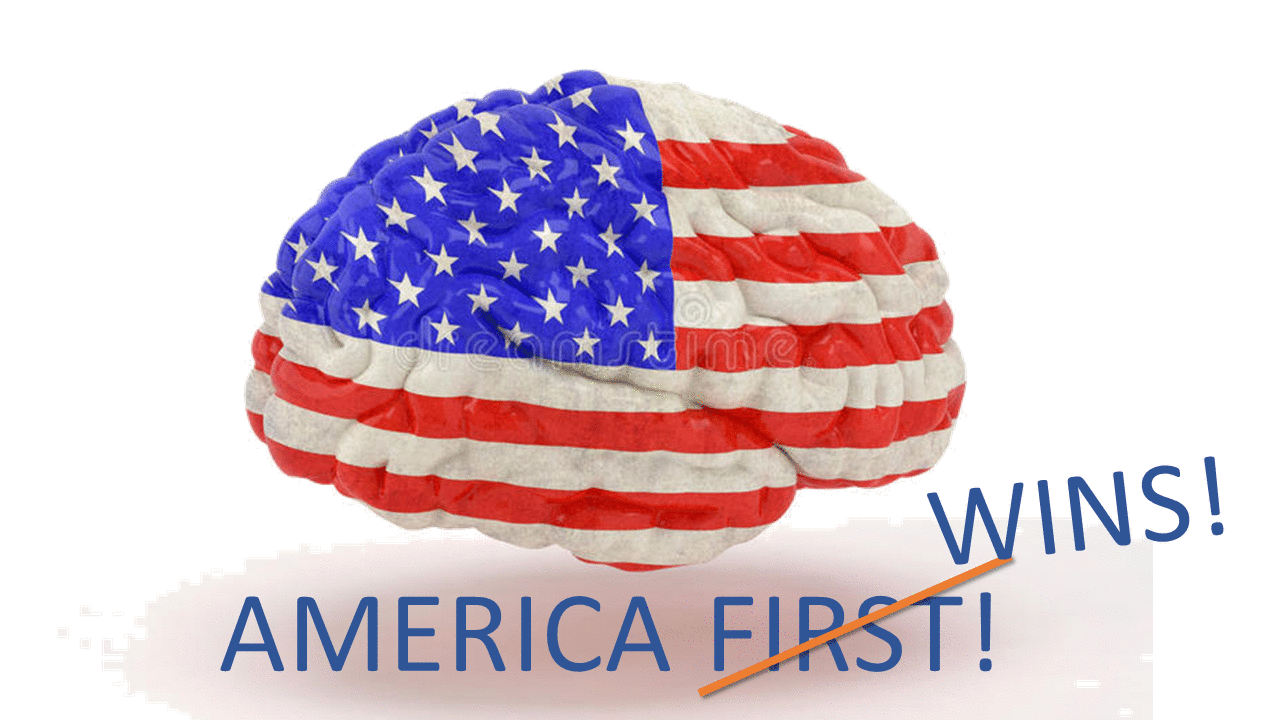 A few nights ago, I came across an article titled “Chinese AI isn’t beating the U.S. yet — and may never catch up”. The article makes the point that, despite China is growing fast, they will never catch up in the AI race, as “western intellectual freedom […] is actually crucial in AI research”. Namely, US will win because it’s a free society, vs. others aren’t.

I went to sleep, and woke up disagreeing.

I am an immigrant, moved from Italy to US in 2001 to pursue my (2nd) PhD in AI, thanks to a Fulbright fellowship, and after about 20+ years in the field as researcher, professor, and CEO of an AI company, I can say AI has been and will be my passion (no, I am not in AI because it’s cool and everybody wants to be cool, but because I can’t do anything other than build AI).

I don’t know about you, but I do not have these warm, fuzzy feelings about US being on the right path to maintain, let alone improve its current, slim dominance in AI.

Yes, I am from Europe, out of which I moved to come to what I perceived at the time as the locomotive of innovation and research. Not too long ago, Europe was such a locomotive, with US being a new, emerging country with much to hope for, and to prove. But US was thirsty, and Europe, after being #1, or “FIRST” as US president Trump likes to chant, became sleepy at the wheel.

As anybody who is thirsty to win, US did what it took: over decades, it chased after and imported the best scientists and technologists of Europe: starting from the ‘atomic minds’ of Einstein, Fermi, Szilard, Teller, who gave US supremacy on atomic technology, to Wernher Von Braun and his entourage, who gave US its space program (along with ICBMs), to von Neumann and Ulam, who, while helping with designing atomic weapons, ‘accidentally’ invent the thing I am typing on and you are reading this story on.

US did this without much restraints, closing one (or two) ethical eyes and opening the wallet with the goal of winning.

When I arrived in US, me and my PhD ‘immigrant colleagues’ could still breath that air: “you are welcome here, in particular if you are a genius that will advance a key science or tech… and by the way, here is a million dollars for you to start a lab.”

Today, I can’t breathe that air again. It has become polluted, and pollutants are subtle particles, such as the general attitude of the public versus immigration, fueled by political rhetoric, and big diesel exhausts that make you cough, such as what happens when you read about policy on H1B.

I own a 40-people AI company, and finding talent is hard. Now it’s harder. Other countries want to make this easy, and they are.

The subtle difference between putting somebody 1st, and winning

Once upon a time, US was the place where you came to win. Now, it seems other nations want that more. And by the way, there is a big difference between putting somebody 1st, and winning. You can put somebody’s interest ahead, and still your team, ‘Team America’, will get second.

US is not the only place on earth where you have freedom and means to think about AI. Simply not anymore. Look at what France and Canada are doing (with better food).

Winning is about sometimes tactically loosing some battles, to win the final prize. US should loose the ‘immigration’ battle, and focus on getting the best AI talent, and making them want to stay, put on a family, and teach 1000 other Americans their skills.

The country who understands this policy, and I can see a few, may be can’t claim that they are putting somebody ‘1st’, but they surely win.