AI at the Edge: Motorola Solutions and Neurala to Work Together on Intelligence for Cameras 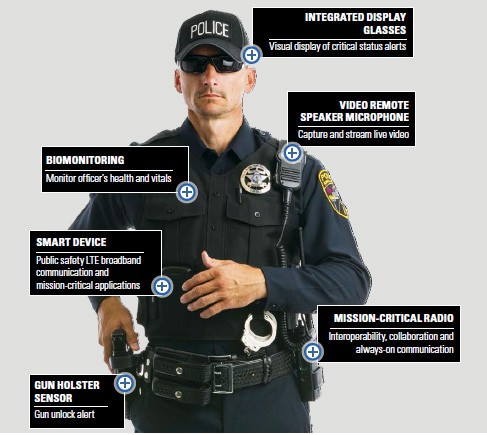 CHICAGO and BOSTON — July 17, 2017 — Motorola Solutions (NYSE: MSI) announced today that it will work with artificial intelligence (AI) company Neurala to develop intelligent cameras for public safety users. The goal is to enable police officers to more efficiently search for objects or persons of interest, such as missing children and suspects.

The companies will work together to integrate Neurala’s AI capabilities with Motorola Solutions’ software and cameras, including its Si500 body-worn camera. The integration will create intelligent cameras that can learn “at the edge” and automatically search for persons or objects of interest – significantly reducing the time and effort required to find a missing child or suspicious object in environments that are often crowded or chaotic.

“We see powerful potential for artificial intelligence to improve safety and efficiency for our customers, which in turn helps create safer communities,” said Paul Steinberg, Chief Technology Officer, Motorola Solutions. “But applying AI in a public safety setting presents unique challenges. Neurala’s ‘edge learning’ capabilities will help us explore solutions for a variety of public safety workflows such as finding a missing child or investigating an object of interest, such as a bicycle.”

Neurala’s “at the edge” learning capabilities help solve some of the biggest challenges that come with real-time applications of AI. Neurala’s patent-pending technology provides an alternative to lengthy training for the AI engine, so that, for example, the intelligent camera “learns” to identify the person or object of interest. This feature, known as incremental learning, also reduces the risk of “catastrophic forgetting,” which occurs when a neural network forgets its previous training. Incremental learning also enables enhanced accuracy and latency for real-time public safety applications of AI.

“Neurala’s technology enables AI applications to learn at the edge after their deployment,” Steinberg continued. “This can unlock new applications for public safety users. In the case of a missing child, imagine if the parent showed the child’s photo to a nearby police officer on patrol. The officer’s body-worn camera sees the photo, the AI engine ‘learns’ what the child looks like and deploys an engine to the body-worn cameras of nearby officers, quickly creating a team searching for the child.”

“Neurala’s L-DNN (Lifelong Deep Neural Network) technology eliminates the risk of ‘catastrophic forgetting,’ the number-one problem limiting the growth of deep learning neural networks for real-time use. Neurala’s technology solves the problem instantly at the device, accelerating the development of new AI applications that can learn at the edge after their deployment,” explained Massimiliano “Max” Versace, Neurala CEO. ”Working with Motorola Solutions to explore public safety applications of local, real-time AI leverages the power of artificial intelligence for the greater good.”

Neurala will initially work with Motorola Solutions to build a prototype that allows for real-time learning for a person of interest search. Motorola Solutions Venture Capital, the company’s strategic investment group, was a lead investor in Neurala’s Series A funding announced in January.

Neurala, Inc. (https://www.neurala.com) is a software company that developed The Neurala Brain—deep learning neural network software that makes smart products like robots, drones, toys, self-driving cars and smart cameras more autonomous, engaging and useful. Neurala provides off-the-shelf and customized solutions ranging from high-end applications to inexpensive everyday consumer products. With the Neurala Brains for Bots Software Development Kit (SDK) and an ordinary camera, products can learn people and objects, recognize them in a video stream, find them in the video and track them as they move. The Neurala Brain is based on technology originally developed for NASA and the U.S. Air Force. Current customers include Motorola Solutions, Parrot and Teal Drones. Follow Neurala on Twitter at @Neurala and on Facebook, YouTube and LinkedIn.