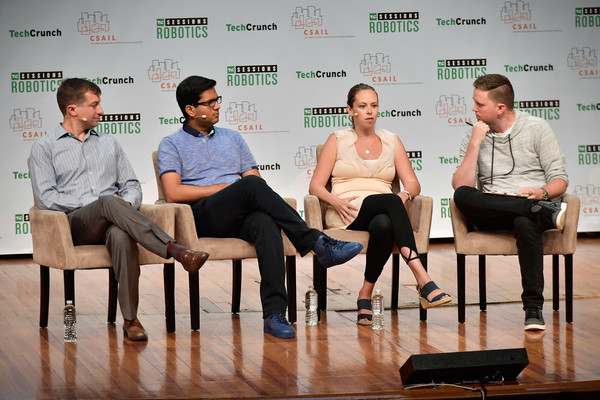 San Francisco—November 8, 2017—CloudNOW, the executive consortium for the leading women in cloud and converging technologies, today announced the winners of its sixth annual Top Women in Cloud Innovation Awards. Dr. Heather Ames Versace, co-founder and COO of Neurala, is counted among these industry influencers.

“Heather is one of the key cloud thought leaders who is pioneering the industry and making equality and inclusion a reality,” said Jocelyn DeGance Graham, founder of CloudNOW. “We recognize her dedication and passion for tech and thank her for her continued contributions as she paves the way for the future leaders in our field—of all backgrounds.”

Versace is co-founder and COO of Neurala, the company behind The Neurala Brain—deep learning neural network software that makes smart products like cameras, robots, drones, toys and self-driving cars more autonomous and useful. She is responsible for strategic planning, product management, and leading translation of research into commercial products.

This year’s Top Women in Cloud Award winners are (in alphabetical order):

“I am honored to be recognized alongside so many incredible women leaders of the tech industry,” said Versace. “I can’t overstate how important it is that women play an equal role in shaping future technologies such as artificial intelligence. Women working in the technology industry today have overcome many obstacles to be where they are, and they are paving the way for the next generation. It’s exciting to be a part of this movement and a part of the work that CloudNOW is doing.”

CloudNOW invites all of these influencers to a special awards event, December 5 at Google headquarters in Mountain View, CA.

CloudNOW is a non-profit consortium of the leading women in cloud computing, providing a forum for networking, knowledge sharing, mentoring, and economic growth, including a Future Leaders STEM Scholarship for girls in tech. CloudNOW offers members the opportunity to creatively approach the technological challenges of cloud today, working in partnership with the tech industry, and cloud thought leaders. CloudNOW has been featured, mentioned, and / or published articles to Forbes, Venture Beat, Wall Street Journal, and Pando Daily.