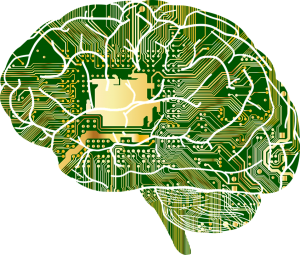 The company is launching a beta of its new Neurala Brain Builder program, which is a software-as-a-service platform that can tag data used in training models more quickly.

Neurala is trying to address the currently rather cumbersome process of training deep neural networks or DNNs. As the company points out in its pitch, today’s AI applications first need to be “trained” using thousands of images or other pieces of data that must first be tagged so that deep learning models can understand their relevance. However, data tagging is a slow process, and its cost is proportional to the time spent tagging, which means it’s also very expensive.

That’s where Neurala’s Brain Builder can help. The company describes it as a “cost-effective, centralized data preparation tool that enables fast and accurate creation of large quantities of data for DNN training.” It comes with AI-powered annotation tools that can dramatically reduce the time it takes to tag data, while also keeping that data private and secure behind firewalls. Once tagged, the data can be downloaded to create DNNs using popular AI frameworks such as Caffe or TensorFlow.

“We looked for a tool that would serve our in-house AI development efforts and found that none would do the job,” said Neurala Chief Executive Officer Massimiliano Versace. “So, we built one instead with the goal of reducing to a minimum the effort and time to generate data. The result is a tool that, with respect to competing ones, is completely web-based and exports seamlessly in industry-leading DNN building tools.”

Neurala’s new data tagging tool is the latest in a series of proclaimed breakthroughs claimed by the startup in recent months. Last May, the company said it had managed to reduce the time it takes to train deep neural networks using already tagged data from about 15 hours to just 20 seconds by creating an advanced type of algorithm that can learn incrementally in a way that it claims mimics the cortical and subcortical circuits of the human brain.

With Brain Builder, Neurala now can speed up the data preparation process in addition to the actual training. That should put the company in a strong position, since neural networks are key to propelling machine learning in the enterprise thanks to their ability to learn autonomously and evolve as necessary to serve next-generation applications, said Holger Mueller, principal analyst and vice president at Constellation Research Inc.

“The challenge remains to prepare and feed relevant data to networks on a continuous and autonomous basis,” he said. “Tt the moment, it’s like having a self driving car that needs to be filled up manually. So it’s good to see innovation to help automate the data feed process to deep learning networks, and startups are racing to address this need.”