As we approach the end of a dramatic 2021, our expectations are now focused on what many hope will be a year of recovery. This is perhaps not dissimilar to how my fellow mid-1300 Italians looked at the years after the bubonic plague was finally tamed — a period that led to the Renaissance, one of the most prolific times in our modern society.

In Italy, the unmatched brains of Leonardo, Galileo and Machiavelli reshaped our understanding of virtually every province of human thought. Now, electronic brains powered by human-designed AI are poised to play the role of protagonists in 2022 and potentially accelerate progress in our society to drive our very own Renaissance.

Some say that the best way to predict the future is to create it, but we can also study our past and prognosticate. That’s how AI works, after all: It learns from past examples to classify never-before-seen data!

A Glance At AI ‘Middle Ages’

When I began my Ph.D. in AI at Boston University exactly 20 years ago, deep learning (a term that substituted the more precise “neural networks”) was not “mainstream AI.” Rather, it was confined to a small group of motivated researchers who dedicated their time to studying the science of how biological brains work. Creating these massive brain circuits simulations was pretty much an art, and the speed of computation was such that deployments — at the scale when these models became useful — were still impractical. To overcome these difficulties, I, along with my friend and Ph.D. colleagues Heather and Anatoli, devised a method using graphic processing units (GPUs) to run complex algorithms and get quick results. And started a company out of that, Neurala

With speed came usefulness and practical applications in fields such as robotics, drones and all sorts of cameras. In the ensuing years, what I like to call “brains” (processors where AI algorithms run), “bodies” (robot, drones and cameras) and “minds” (AI algorithms) all became cheaper, faster and more powerful. AI was ready for prime time, and companies started to appear and launch out of academia (including ours!). From roughly 2013 to today, we’ve witnessed applications of AI in several realms, from consumer to enterprise and beyond.

In the meantime, the world has changed, from lockdowns and social distancing to supply chain disruption and product shortages. Many industries have come under fire, in particular manufacturing and logistics. While making video games more engaging and finding cats in videos might be interesting applications for AI, the world needs help addressing more serious issues, such as ensuring that food is on our table.

I believe three main trends are going to shape next year’s AI landscape and potentially lead to a much-needed renaissance in our economy and society.

• AI will migrate from digital to physical applications. In 2020 and continuing into 2021, the world was awakened to real, physical problems. As a result, the focus of AI applications will shift from digital domains to physical ones, where AI can play a pivotal role in helping us solve real-world challenges.

For example, AI applications that shape our physical world (e.g., the ones that remove key vulnerabilities in , supply chain and logistics) will take the spotlight. AI will come of age and enter adulthood.

One example of a physical function demanding AI is quality inspections, a task traditionally performed by human workers. AI’s physical impact could be huge for the 35 million workers (roughly the population of Canada) devoted to performing this basic function on the manufacturing floor. The year 2022 will be a pivotal moment for AI: The urgency many manufacturers face needs innovative technology to help cope with pandemic disruptions to our physical economic infrastructure.

• AI WordPress: How AI will become ubiquitous by becoming hyper-accessible. Up until now, AI applications have been mostly in the hands of experts. Only recently have more auto-machine learning (AutoML) platforms appeared on the market. Created by both startups and larger industry players, these platforms seek to address the scarcity of AI talent. It’s estimated 30% of enterprises plan to incorporate AI into their company within the next few years, with 91% foreseeing significant barriers and roadblocks for AI adoption.

With only a fraction of these companies having AI-enabled or fluent personnel, AutoML platforms that enable non-experts to quickly build and deploy applications will be key. In fact, similar to what happened with the introduction of WordPress for websites in early 2000, platforms that resemble a “WordPress for AI” will simplify building and maintaining AI models.

• Let the clouds be in the sky. AI will accelerate its migration from servers to edges. Where data lives needs to be interpreted (often in real time) and should not leave the walls of the company. Today, a plethora of AI-ready processors, cameras and other hardware makes this possible.

Increasingly, companies are realizing that the way to build a truly efficient AI algorithm is to train it on their own unique data, which might vary substantially over time. To do that effectively, the intelligence needs to directly interface with the sensors producing the data. From there, AI should run at a compute edge and interface with cloud infrastructure only occasionally for backups and/or increased functionality. No critical process (e.g., in a manufacturing plant) would and should exclusively rely on cloud AI, exposing the manufacturing floor to connectivity/latency issues that could disrupt production. 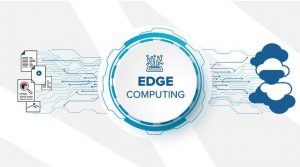 2022 will see edge learning technologies on the rise, enabling AI to “reprogram” from scratch in a few seconds, whenever and wherever needed. This paradigm-shifting technology will empower AI to truly serve its purpose at speeds, latency and costs that make it affordable for every user.

This article was originally published on Forbes.