The great escape: Where did the AI & Robot fear epidemic go? 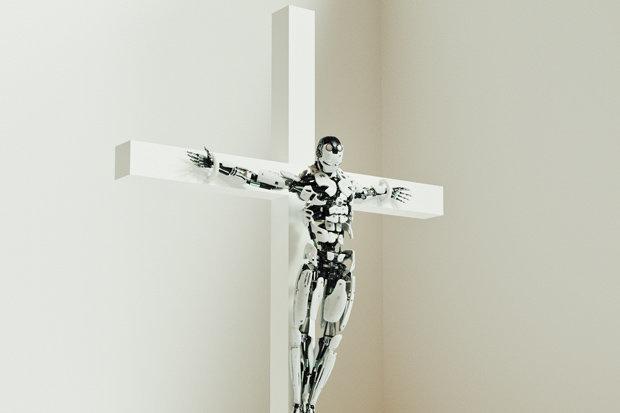 Hiding with its proponents! Why the fear-spreading opponents of robotics, automation & AI are today hiding under a rock? COVID-19 deficiencies tell you why. Let them stay under that rock.

My perception of time has warped considerably since the lock-down… if feels like two decades, but it was a little more than two years ago when Elon Musk came out with his umpteenth warning against AI and Robots, according to him (and some other misinformed ones) the most probable cause of our impending Armageddon.

In September 2017, it was finally too much for me, and, sharing my sentiment with many other real AI scientists and entrepreneurs, I gave an interview on CNBC explaining why this was just plain wrong and misleading.

Invariably, warnings were coming from people who weren’t competent in AI: if they were, they would have realized that building Skynet by mistake was as likely as for my 3-years-old to accidentally build a functioning Space Station out of Legos.

Musk & friends did not consider the huge value derived from fielding AI and robotics at scale. Ironically, and hypocritically, since Tesla’s cars make use of AI to avoid slamming into things and people….

April 2020: how the story has changed

Where are intelligent, autonomous Robots in the fight against the closest thing to Armageddon that has happened in the life of many of us alive today?

Nowhere to be found. In particular, in critical sectors where they are needed the most — where workers are either at high risk, such as in Healthcare, of can’t go, such as in Manufacturing.

And don’t be mislead by the false image of Manufacturing as the place where robots are the kings. Humans are kings in factories… and when they are not there, factories shut down.

At the time of this writing, more than 60 doctors have died of COVID-19 in Italy, and more than 12K Health Care workers have been infected in Spain. In US, the story is not much different, with Minnesota and Ohio reporting 28% and 16% of its cases involving doctor or nurses, respectively.

Where are smart robots to help doctors and nurses in the most repetitive and potentially dangerous tasks? Where are powerful AI diagnostic tools deployed to help streamline and relief healthcare workers? Where are factories operating basically autonomously carrying out production while humans are quarantined?

While timid attempts are made, e.g., with robots armed with UV lights to disinfect hospitals, not much has been deployed at a scale to make a difference.

So, critical Healthcare workers are alone in the flight, and factories are shut down.

AI-powered Robots substituting & augmenting humans in dangerous situations? Where have I heard that before?!

In 2010, when I was still working as an AI Professor at Boston University, my Lab was approached by NASA to design AI able to power autonomous robots exploring an uncharted territory without human supervision. The need was clear: NASA was not interested in risking human lives to explore remote, potentially dangerous environments, and wanted to design intelligent robots, with human-like abilities and autonomy, to take over those tasks.

In 2020, and the COVID-19 pandemic is resonating the same exact needs. This time, not for astronauts going to Mars, but to help nurses and doctors in their day-to-day, hazardous interactions that may put thousands of them at risk of infection, in the best case scenarios putting them into quarantine, and worse case scenarios, killing them.

In the past several years, the debate around AI, automation, and robots has invariably, and unfortunately, converged around themes of job losses, at best, and Armageddon at worst. Too many have rallied against the development of autonomous robots for fear of omniscient evil AI taking over the world… perhaps those AI-powered robots could have saved lives, were they developed and fielded to help with pandemics such as COVID-19. Maybe we could have had thousands of smart Robots & AI technologies deployed, saving many lives along the way.

And no nurse or doctor would have lost a single job to them!

In fact, automation and robotics not only can save lives, but they have been shown by credible research as not being the root cause of job loss in many fields, such as, for instance, in manufacturing. According to a recent report by MIT has conclusively shown that job losses in US and EU manufacturing were caused by lower-wages workers in Asia rather than robots.

When I joined the field of AI 20 years ago, I did it with the conviction that AI, robotics, and automation are here to help us solve massive challenges ahead of us. Unfortunately, COVID-19 has shown up in 2020 as one of such challenges only to find us totally unprepared.

We could have done better. Let’s make sure in our next challenge, we have the best technology to help automate tasks, streamline the work of humans, and relieve them of situations you don’t want them in.