The new wave in AI will happen with its WordPress

About 30 years ago, when the World Wide Web was invented, people had no idea of the impact it would have on society and the economy. Today, the same is true for another technology: artificial intelligence. People have no clue what to expect, aside from all the they read in the media.

After being around — in R&D, if you will — for many decades, AI is ready for prime time. But not unlike the internet’s first few steps, there are a few barriers to entry that are still severely limiting its usage. The biggest limitation? Accessibility to non-experts, compounded by a shortage of AI talent who’s up for the job. Developing AI is time-consuming, requires a lot of expertise and can quickly drain time, money and resources. However, I’d argue that this is just a growing pain that comes along with any ground-breaking technology. Let’s return to the example of the World Wide Web. How were certain hurdles overcome to get to a point where anyone could have their own website?

In The Early Internet Era …

I was an early adopter in the art of building websites. In the mid-1990s, when I was a student transitioning from psychology to neuroscience to computational neuroscience to AI, my colleague and I had an idea: Let’s build a website where clinical psychologists can interact with their customers online, bypassing the social stigma and lessening the monetary impact of a real-world patient-to-psychologist interaction.

So, I learned how to write Hypertext Markup Language, or HTML, and built my first website. Soon thereafter, when the whole internet had tens of millions of users, tools like Dreamweaver, FrontPage, and the “flashy” Flash came and made the process less source-code dependent.

Building a website was still tough, though. However, as we crossed the year 2000, something remarkable happened. Web design became the province of literally anybody with enough skills to point and click with a mouse. In 2003, WordPress, with a small community of users and its open-source setup, appeared on the scene, dramatically lowering the barrier to creating and updating websites. Now in its modern era, and with a plethora of competitors, WordPress and its copycats offer the ability to create great-looking, dynamic websites that previously would have required expertise (read: the ability to write code) and tens or hundreds of hours of work.

Like the early 2000s, when only a few companies had websites, AI adoption is in a similar state. Only a fraction of enterprises (let alone individuals) are AI-enabled. If we just look at the corporate world, an estimated 30% of enterprises today are planning to invest in AI within the next few years. However, 91% percent of organizations foresee significant barriers and roadblocks to AI adoption. One of the main obstacles is the paucity of AI talent to guide this transition.

In other words, they don’t know how to write “AI HTML” (OK, it’s not called that, but you get the point). 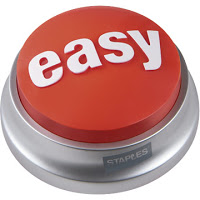 The key to kickstarting the AI revolution and lowering the barrier to AI adoption is not a new coding language.

So how do we address this shortage of AI experts? It’s important that we start with education. Business leaders who are understandably wary of investing in those with Ph.D.s in AI should leverage tools like Coursera to help educate themselves — and their teams — on the subject.

Gaining a thorough understanding of AI doesn’t stop in the classroom, though. Listening to industry leaders is also critical. MIT’s Joy Buolamwini is just one example of those in the industry doing essential work on building ethical and unbiased AI. After educating themselves and understanding AI’s best practices, individuals and organizations can implement what they’ve learned by building AI with platforms such as my company’s Brain Builder or IBM Watson. By proactively seeking out resources like these, anyone, not just AI experts, can be one step closer to successfully implementing AI in their organizations. 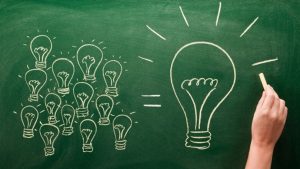 Many don’t fully understand all that goes into building AI systems. It’s a multistage process that requires data tagging and annotation, training, deployment, and analysis. Frankly, most people don’t care how it works — they just care it works and is easy to build quickly.

That “build” phase is important, as it can be a make-or-break point in terms of getting an AI project off the ground. That’s where a WordPress for AI could work wonders. People need a one-stop shop to quickly prototype their AI solutions with less data than it traditionally would take to build an AI model. While they could always go back and make adjustments to tune the algorithm, sometimes getting an initial prototype off the ground quickly is the best way to begin and start seeing how AI can impact an organization, workflow or user experience in the real world.

Ultimately, revolutions happen when common people (i.e., non-experts) are able to really understand, embrace and rally for a cause en masse. Only when AI access becomes a low- or no-code endeavor, similarly to WordPress and other common applications that are becoming “platformized,” will we see the reduced need for AI experts, putting control into the hands of the truly creative people.